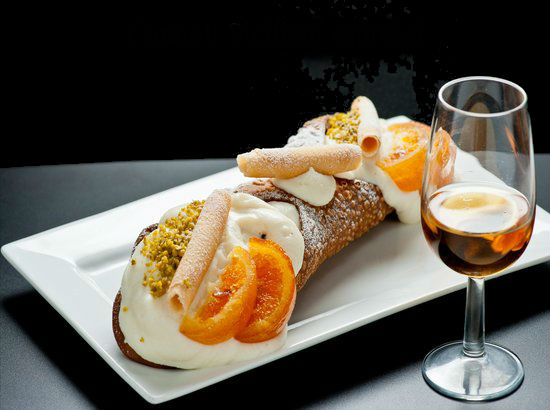 In Sicily, cannolo is the sugar cane shaped faucet out of which water flows. It is also a tube which is then employed to pack the crust, the scorcia, that contains the cream, but while from the tap water flows, from the cannolo cream flows instead . . . ! It is a Sicilian sweet in every way, from the strong contrasts in color and the aroma, to the taste and texture, and the intriguing cylindrical form, preserved over time.

Traditionally the cannoli were prepared only during carnival, but over the course of time their success has become such that now they are found throughout the year. According to legend the birth of cannolo occured in Caltanissetta, Kalt El Nissa, phrase which in Arabic means “Castle of women”, at that time it was home to many harems belonging to the Saracen emirs.

The cannolo therefore has ancient origins. The story goes that the favourites of the emir in order to pass the time, used to devote themselves to the preparation of delicious dishes, especially desserts for the pleasure of the Sultan.

Another source, however, recounts that the cannoli were prepared for the first time ever in a convent near Caltanissetta. During Carnival the nuns “invented” a sweet made of a crust (scorcia) filled with ricotta and sugar and enriched with pieces of chocolate and chopped almonds (cucuzzata).

This thesis is plausible since the end of Arab rule in Sicily coincided with the arrival of the Normans. The harems were emptied and several of these women, now free, converted to Christianity and entered the convent. Here they may have prepared some of the recipes with which they had seduced the courts of the emirs and which they, “the Lords’ holy maids conferred on us poor sinners.” This would explain the existence of a link between the two legends.

The Arabs, like the Greeks, introduced many innovations in the world of art and cuisine. In particular sugar cane, rice, almonds, jasmine, mulberries, anise, sesame and spices such as cinnamon and saffron. They were also skilled pastry chefs, and if it is true that ricotta was already produced in Sicily, it is also true that the Arabs added candied fruits, chocolate chunks and enriched it with spirits to create a winning combination and the precursor to the world’s most famous Sicilian desserts: cassata and cannoli.

Forget about waffles and ricotta! The Sicilian dessert par excellence was appreciated by the ancient Romans: Tubus farinarius, dulcissimo, edulio former lacte factus, is how Cicero described it when he was superintendent in Sicily in Lylibeum (modern Marsala) before becoming Roman consul destined to everlasting fame. Meanwhile an anonymous Sicilian thus sang the praises of this remarkable sweet:

In their making and consistence there are two schools of thought: the most refined cannoli made in the towns had smooth ricotta while the coarser countryside cannoli had a dense lumpier filling. Locally there are minor variations: in eastern Sicily the cannoli contains chopped hazelnuts or pistachios from Bronte. In the regions around Palermo and Trapani garnishing the ends of the cannoli with candied orange or cherry peel is preferred: in some cases even pumpkin.

It would be interesting to take up a challenge from the areas in and around Palermo, Trapani or even Agrigento on the origin of the emblematic Sicilian confectionery: be it Piana degli Albanesi or different monasteries of Benedictine nuns from Martorana who invented marzipan also known as pasta reale, or the nuns of Erice who claim to have been the custodians of the secrets of this dessert. But for Sicilians the most delicious cannoli belong to those who make them best. Hence, each province has its own “monuments” and no one would dream of competing.

We natives of the Trapanese region recommend a stop at Dattilo, the historic bar and pastry shop on the outskirts of Trapani where you can taste the famous Sicilian sweets.

But above all these rises his imperial highness: the cannolo! 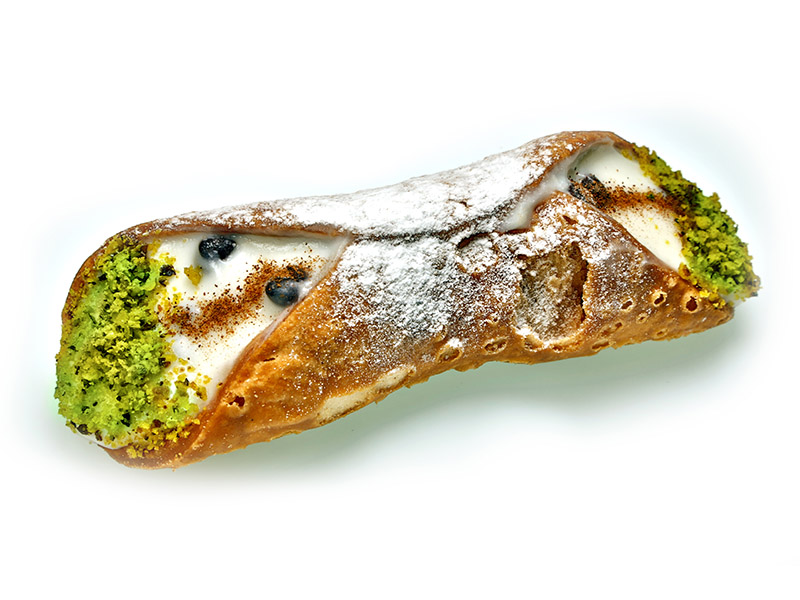