The greatest discoveries are almost always by accident. The Genovese Cave on Levanzo is no exception. The richest Italian heritage of prehistoric figurative expressionism was discovered by Francesca Minellono, a painter from Florence, while vacationing on the Egadi Islands. In 1949, due to word of mouth fostered by Levanzo hunters, Francesca descended into a ravine in which it was rummoured there were ancient paintings that had until then not elicited much scientific curiosity. However at the back of this cave on the north-western side of the island, the artist unearthed over thirty wall engravings and a hundred paintings. Through the efforts of archaeologists and scholars these works were traced back to the late Paleolithic period (11 – 12 000 years ago). Like pieces of a jigsaw, the findings in the Genovese Cave have proved crucial for a more detailed understanding of the evolutionary history of man who in the Upper Paleolithic period had to face a series of climate changes that contributed decisively to changes of habits and lifestyle. These inhabitants included not only hunters, but also farmers and shellfish fishermen. The changes are reflected in the subject matter: deer, bulls, oxen, donkeys and other rituals which in all probability were associated with the cult of Mother Earth.

The site can be reached by sea (favourable weather conditions required) or off-road. Landed at Levanzo visitors can request information from the info-point located at the port. 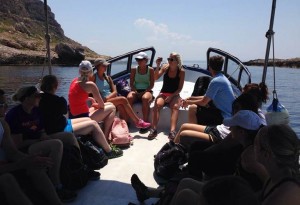 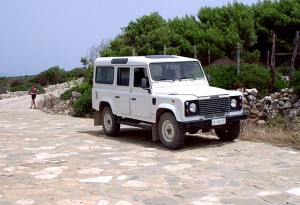 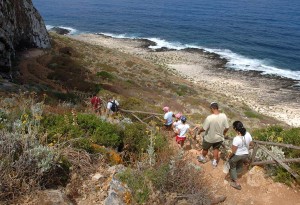 Duration: 1 hour and about 50 minutes

For further information on the history, exhibits and guided tours of the cave go here